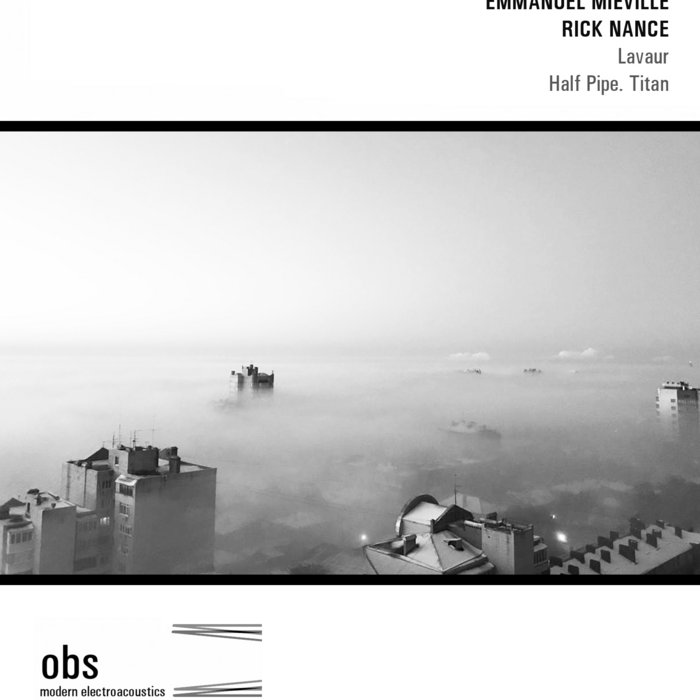 Lavaur is a piece I composed after a workshop in the Pyrenées mountains, south of France with Chris Watson.The field recording of frogs was made near Toulouse at night, and the river recording was made in Normandy, where I also made and played an installation near the river with wood branch that I rub on metal plate, with piezo mics underneath.
This is my idea of field recording and soundscape, with source material and nature sounds where you hear the presence and acting of the composer. Because I was deeply influenced by Luc Ferrari music, his presence in the recording is a musical element, and the human component is what I want to emphasize in my music.
emmanuelmieville.bandcamp.com

Cross Country Runner
Winter mornings in England, racing birds along the canals, under bridges, and through metal gates. The runner and countryside are intertwined in threads of action and reaction, push and pull, chaser and the chased.

Titan
A string is drawn taut, stretching further near its breaking point. On release it scatters a thousand thousand shards of sound reflecting from walls, floors and ears. As the particles coalesce they fall through familiar trajectories in blues and Bach as well as spinning out within a few unhinged improvisations. Each shard sees the whole and all shards tell it together.
Leicester, UK
ricknance.org

Bandcamp Daily  your guide to the world of Bandcamp